Hi there, in this post, Essay On The National War Memorial Inspires me to die for the country, we are going to read a detailed essay on it.

So without further ado,
Let's start our today's essay... 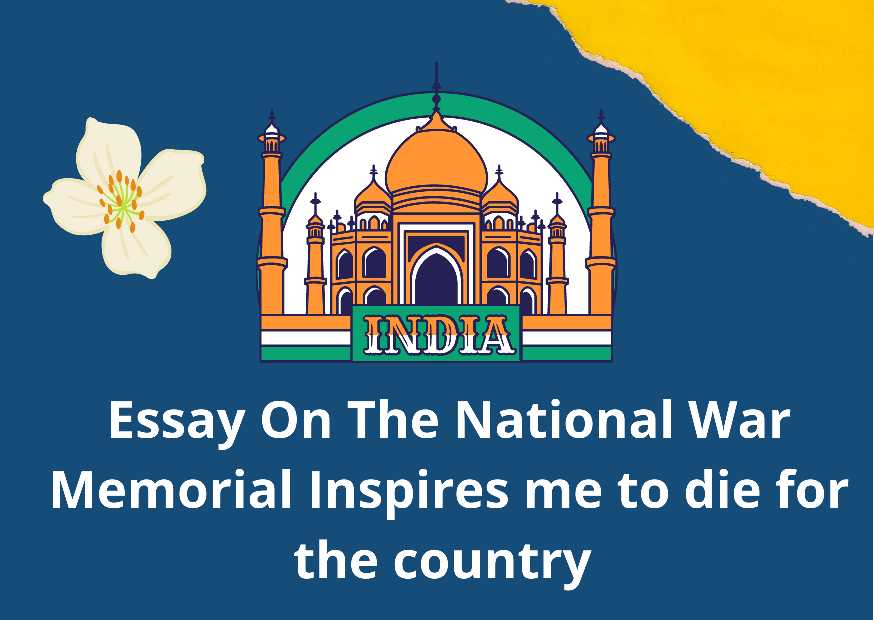 As someone has aptly said;

As we all know, the national war memorial is a monument in India's capital, Delhi. It was built to honour the sacrifices of armed forces who sacrificed their everything for this country in different wars such as Kargil War, War with Pakistan, etc.

The national war memorial was inaugurated by the Prime minister of India (Narendra Modi) in 2019 on February 25. The monument is a symbol of courage and determination, sacrifice and truth , protection and security.

The national war memorial project was sanctioned in the year 2015. And its construction was started in the 2018 & in just one year it was built & inaugurated completely.

The national war memorial is a testimony of sacrifices of brave soldiers who laid their lives down for this country & for its countrymen. They fought vehemently against Britishers. They did not care about their lives. They were just adamant not to surrender before the Britishers.

The national war memorial represents the courage of the soldiers who sacrificed their lives. It shows their sprit to fight for the justice and equality.

The national war memorial awakens my sense of patriotism. It ignites the sense of responsibility in me for my country. It encourages me to do something great for my country like the soldiers who laid their lives down for the nation. It teaches me not to bow down infront of injustice.

I will be honoured If I get a chance to sacrifice my life for this country. That would be one my greatest achievements of my life.

Essay On My Tribute to Martyrs In English In 700+ Words

Essay on Messages That The National War Memorial Conveys 500+ Words

Poem On Messages that National War Memorial Conveys in English

If you have any questions regarding the essay, Essay On The National War Memorial Inspires me to die for the country in 500+ Words, please, feel free to ask in the comments below.