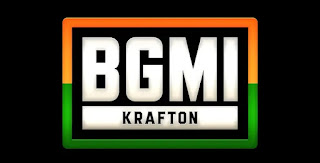 The most Popular game among teens and youths BGMI also known as Battlegrounds Mobile India –the popular game by Krafton  has been deleted from the Indian Google Play Store and Apple App Store. For now, it's not available to Indian users. According to some reports, the game BGMI has been banned after Indian government ordered to Google to ban its access to the Indian users. However, it is not clear yet.

According to Krafton India, they are yet to know why BGMI, was removed from the Google Play Store, they said to Indianexpress.com

Google also issued its statement regarding the removal of BGMI from the playstore. It said, "On receipt of the order, following established process, we have notified the affected developer and have blocked access to the app that remained available on the Play Store in India.”

BGMI was launched some years ago - in 2021. It was launched after the ban of the most loved and played games - PUBG mobile. It was banned along with some other Chinese apps.

Why BGMI was removed from Google Play Store?

BGMI was removed from the Google Play Store following the order of the Indian government. The government of India decided to remove BGMI due to security reasons.

Is BGMI banned in India?

The government of India banned BGMI due to security concerns.

Yes, BGMI has been banned by the government.