Paragraph on Plastic Pollution in English For Students

Paragraph on Plastic Pollution: Plastic, a non-biodegradable material, can have serious negative effects on the environment. Lately, it has become a topic of discussion. From the government to the common people everyone is concerned about Plastic Pollution.
Let's dive more into the topic & read more about the topic.

Plastic pollution means when plastic gets accumulated in abundance in the Earth's environment that has several negative effects on human life, aquatic life, marine life, and wildlife. Plastic pollution has many forms such as plastic litter, Marine Debris, and plastic particle pollution.

Plastic substances are made from fossil fuels. We all know fossil fuels are limited in availability. Plastic production is not an old concept. World War II helped to increase the production of plastic. The first synthetic plastic product, Bakelite, was created by Leo Baekeland in the year 1907. He was the same person who coined the term "PLASTICS."
Since then, many other types of plastic materials have been created which offer a wide range of physical as well as chemical properties. Almost in every home or shop, we find plastic materials. It has become a kind of part of our lives. There is no denying the fact that it revolutionized many sectors such as medical, industrial, and many other fields as well. It has also made our life convenient and easy. Nevertheless, it comes with its price. Plastic has become a major threat to humans, marines, and wildlife.

Plastic pollution is affecting almost all of us including humans, animals, plants, and the overall quality of the environment. Plastic has become ubiquitous in our society because of its low price and market demand. However, it does come with its side effects.
Let's know some shocking facts and statistics about plastic pollution. 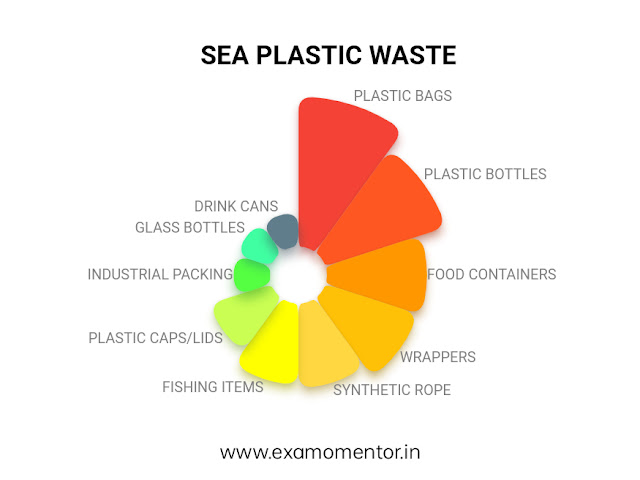 To save our environment from plastic pollution, we need several major steps which would help us to minimize production as well as demand for the said product. When we do that it will help us to save many human, marine, and wildlife lives. So let us know.

How to Control Plastic Pollution

Replace Plastic Products
We use ninety percent of single-use plastic. We should try to find alternative options to replace it. Instead of using plastic bags, we can use jute or cotton bags which are eco-friendly. Don't make using plastic bags your habit as it is very deadly for our environment. Do care of your environment.
Reuse and Recycle
It seems normal, but we use ninety percent of single-use plastic and then throw it into the dustbin. We should not use plastic bags as said above. However, if you ever happen to buy plastic bags, please, reuse them. Even after reusing it again and again, throwing it into your dustbin is not a good idea. You should recycle it.
Impose Taxes
Government can also play its part in deterring the use of plastic. It can impose heavy taxes on the said thing. It would make plastic very expensive to buy. Government should also encourage using cotton and other eco-friendly material by providing incentives.
Stop Polluting Seas
We should not throw plastic waste such as plastic bottles, wrappers, and bins into the seas. Doing so is very detrimental to aquatic life.
Spread Awareness
We should also make people aware of plastic pollution. We should try to make plastic pollution effects data public. It will instill in the common masses a sense of guilt and responsibility to overcome this detrimental prevalent issue.
Recycle Plastic Back to its Original Form
Another method rather advanced is that we should recycle plastic back to its original form and then reuse it. It is a very good technique to reduce plastic pollution.

How does plastic pollution affect us?

Plastic pollution is a very serious concern in today's era. It not only affects humans but animals as well. Once it gets into our agricultural lands, it can not be separated. It also kills many sea animals and birds every year all over the world.

Every year thousands of fish, sea birds, sails, etc die after eating plastic or getting entangled in it.

How does plastic pollution occur?

Plastic pollution occurs because of plastic. Let's suppose you have a car. As we know it has plastic tires. When it runs on these tires,  it releases many micro-plastic particles. Thus polluting the environment.
Thanks a bunch for reading the  Paragraph and Essay on Plastic Pollution.