ESSAY ON APJ ABDUL KALAM IN ENGLISH IN 500+ WORDS

Looking for an essay on APJ ABDUL KALAM? In this article we are going to provide you the best essay on APJ Abdul Kalam.
So let's start... 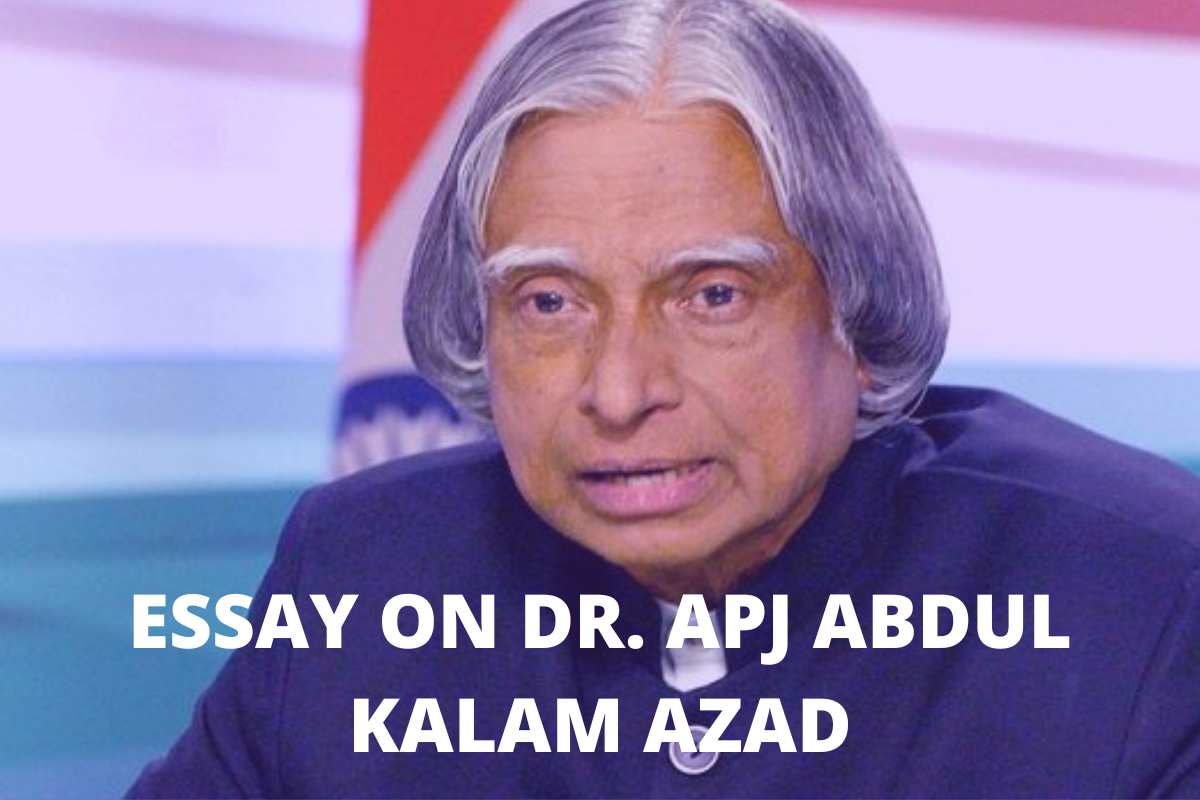 Avul Pakir Jainulabdeen Abdul Kalam also known as APJ Abdul Kalam was born on 15th of October 1931 at Rameshwaram, Madaras Presidency (Tamilnadu) in British India. He was an Indian aerospace scientist. He also served India as the 11th President for almost five years. His name is counted among the top scientists of the 21th century.
Dr. APJ Abdul Kalam spent most of his time studying science and technology. His love for science was of next level. However, in his school years, APJ Abdul Kalam had very average grades. But he was very bright and hardworking from the very young age. He had a great interest in learning new things. He used to spend most of his time solving mathematical questions.

Dr. APJ Abdul Kalam's early life was very tough as they were not financially stable. Though his family members had a very successful business, that failed due to some circumstances. He managed to overcome all his obstacles. Such obstacles shaped his life & made him a hard-working guy. During his early childhood he used to sell newspapers to pay his school & tuition fees.

Dr. APJ Abdul Kalam completed his secondary education from the Schwartz Higher Secondary school, Ramanathapuram. There after he went to Saint Joseph's College, Tiruchirapalli for persuing his higher education. He completed his graduation from the institution in Physics in 1954. Right after completing his graduation, he went to Madras Institute of Technology for studying aerospace engineering. There Dr. Kalam impressed the Dean by his hardworking attitude. He was very adamant about his goals. He wanted to become a fighter pilot in Indian Air Force. Though he worked very hard to achieve the goal, he missed his chance by 1 rank in IAF fighter pilot exam. This failure didn't stop him. Nevertheless, he was very optimistic and positive person. He continued his hardwork & became a scientist, a professor, an author & a politician.

Dr. Abdul Kalam sir's contribution is remarkable. He was one of the scientists who contributed in the missile projects named "AGNI" & "PRITHVI" launched by India. Subsequently, he was known by the name of Missile Man of India. He also contributed in the ISRO. In addition, he also served India as the Scientific Advisor to the Defence Minister of India.
Dr. Abdul Kalam also helped in designing a cheap & effective coronary stent known as 'Kalam-Raju-Stent'. Thus making healthcare accessible to all. 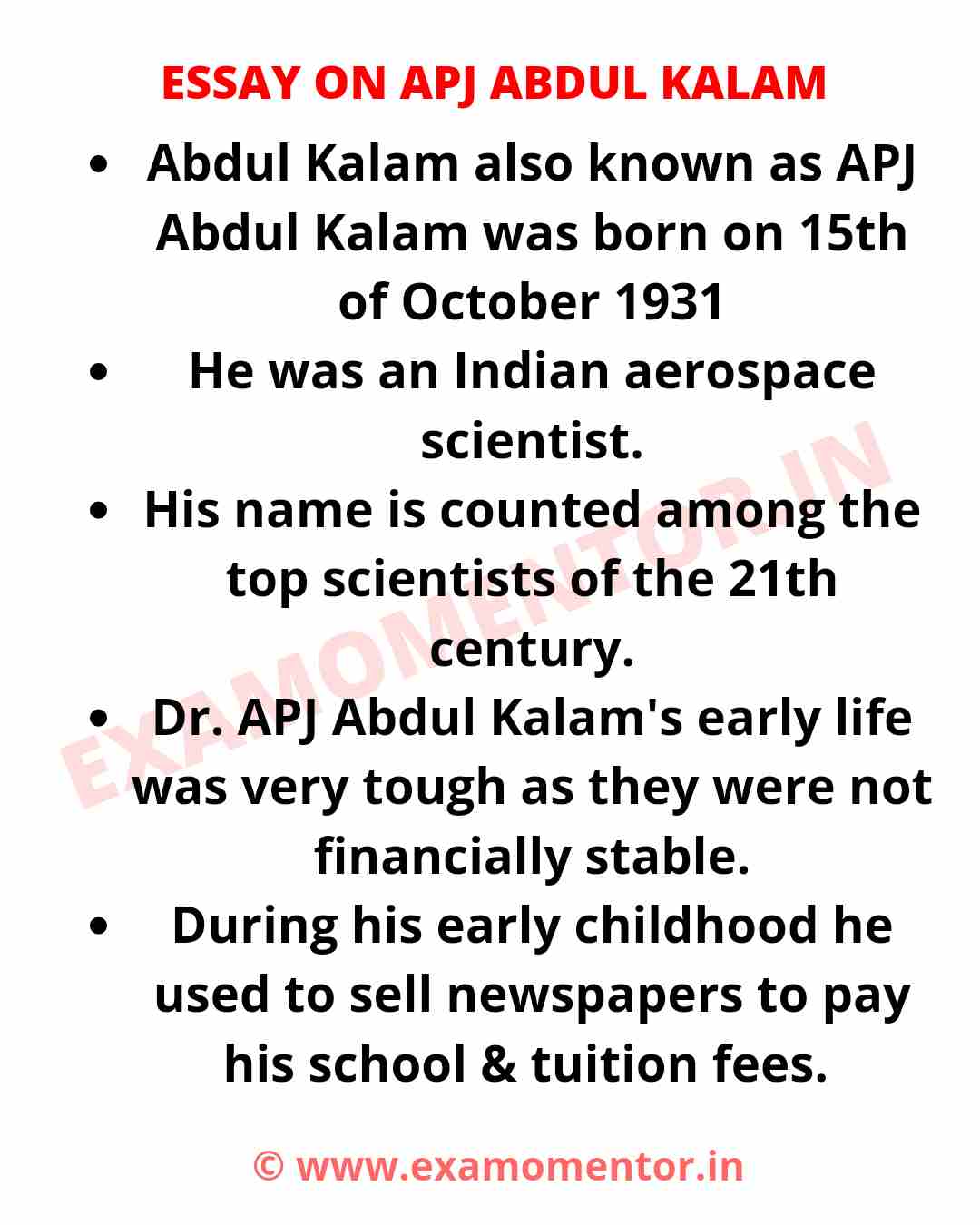 APJ Abdul Kalam has written many books which are read by millions of people. Some of his famous books are:

Let us sacrifice our today so that our children can have a better tomorrow.

Small aim is a crime; have great aim.

and thoughts result in action.

Failure will never overtake me if my determination to succeed is strong enough.

Creativity is seeing the same thing but thinking differently.

All of us do not have equal talent. But, all of us have an equal opportunity to develop our talents.

Who is A. P. J. Abdul Kalam essay in English?

A.P.J Abdul Kalam was an Indian Scientist. He is also known as the missile man of India. His contributions in science and technology has made Indians' proud.

Where was APJ Abdul Kalam born?

He was born at Rameshwaram, Tamil Nadu.

What is the full form of APJ?

Wh is known as the Missile Man of India?

Dr. A.P.J Abdul Kalam is known as the missile man of India.

Who invented Agni and Prithvi?